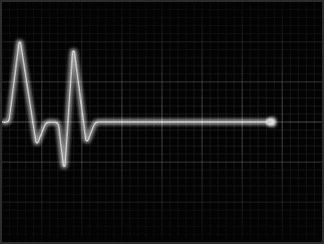 Recent studies have shown that people is highly unable to focus on something for more than a couple of minutes, even on very basic matters, if this is your case please read the “average retarded person” version of this article read below. If not, please disregard it:

If you’ve a working brain, this is the correct version:

We mean it, it’s over, for good. This is not a post about “Once upon a time it used to be a better situation, now we’ll have to accept a new lower expectations standard and the fault is all yours. You nasty evil downloaders and “i-support-only-until-i-don’t-have-to-click-the-buy-now-button” ones.”

Even if the vast majority of the listeners really are <<nasty evil downloaders and “i-support-only-until-i-don’t-have-to-click-the-buy-now-button” ones.”>>,

1. We’ve never received so many promo submissions like nowadays

You know what ? While you may think “why-nobody-cares-about-my-band-?-It-will-surely-change-the-face-of-extreme-music-and-you-dumbasses-are-not-willing-to-release-my-album-and-send-me-a-shitload-of-money”, we think that it’s embarassing for both, frankly.

do we have to listen to an enormous amount of uber crappy stuff ? Seriously, no way. It seems that most of the people is not able to recognize that their music/band sucks badly, for real.

The most valuable thing in the world is not money, it’s time. Do you really think we should work our ass out daily for your band/bedroom band for your own ego pleasure ? Until your girlfriend will dump you or <put here any other insignificant event> that will lead you to say “You know what ? i’ve changed idea, good luck with yourself…oh and yes, thanks for all the time and effort you’ve put in my band, but you know, it’s life !”.

So please, think about it a million times before submitting anything, do it for your own dignity (of course nobody puts himself in the “my-music-is-uninteresting-to-the-world” position, so all above said is practically useless)

We, being aware of the madmen that we are, don’t really care so much about it, but you should be aware of this:

Music sales have downed by 90% in the last 5 years, and the remaining 10% has downed by a noter 50% in the last year. Sales at gigs compared to one year ago have downed by 95%. CDs are obsolete and digital sales are 1/10 of the physical ones. Enough said. This means less releases for you and us, but hey, it’s your problem, you’ll have less music to download. You’ll have the chance to re-listen to older stuff and of course make that revolution “fuck off corporations, yes ! Fuck off the system !”, but wait, you’ll need this to share your revolutionary-US-funded-in-exchange-of-your-country-resources progress on twitter.

Some distributors are unable to pay even a 100 EUR sales invoice, even with a 90 days deferred payment policy.

Magazines are desperate. Does anybody really cares about reviews ? Come on, a magazine nowadays is more than willing to “sell” a good review and feature in exchange of an advertise. An illegal download blog is just a few clicks away. Interviews anybody ? Seriously, most of the bands does not have nothing interesting to say and would be better for them to remain in a strict silence.

Labels. Labels are done, game over. We, as ATMF, are among the main 5 black metal labels out there, we’re a NO PROFIT organization, everybody else is either living on a standard is not able to maintain or is playing on the edge of bankruptcy. We refused to align with a “i-am-the-average-brainwashed-German-defending-politically-correctness-because-they-told-me-to-do-so” and kept releasing what we like without any sort of compromise, at least. You know what ? Most of those “do-gooders” are so much obsessed with their witch hunt of Nazis, Swatikas and evil looking friends…like putting an ex alcoholic in front a bottle of booze.

Selling releases and merchandise over a certain price means “no sales”, literally. Selling stuff at a price that lets you have a decent work flow means that you need to sell so much stuff that it is absolutely impossible to keep up at those levels, at an almost non existent gain. It can’t last for long, in fact the ship has already sunk, what you are feeling now is the hypothermia that the freezing waters of downfall are drowning you in.

Bands. Most of them are uninteresting from every point of view. Not willing to make any real effort for THEIR music, but criticizing them would not be completely honest. Who’s willing to sacrifice a significant part of its own time and life for a music genre that has almost lost its audience ? You can’t make much if your label sells roughly 500-1000 copies (comprehending trades) of your release in a two years span. If you make music for yourself (and every musician that is releasing an album saying that is lying) do it really for yourself, send the mp3s to friends and be ok with it.

3. What’s going to happen with ATMF ?

We simply don’t care, ATMF releases will represent the world we want to shape for ourselves, there will be no room for ordinary Black Metal as it should be, there won’t be any “as it should be..” at all.
We’ll take rock’n’roll attitude back to its primeval essence: “doing our own stuff”.

Our ultima ratio will be to revive that immortal and revolutionary spark, the one that still stands strong beneath a world of ruins,

all in spite of the mediocrity and expectations of the average individual.

In the end, because this is what we’re speaking about, choose an epitaph, a burial ground and a way to die. If you with to join us instead, be aware that we’re digging trenches here, see you on the front !