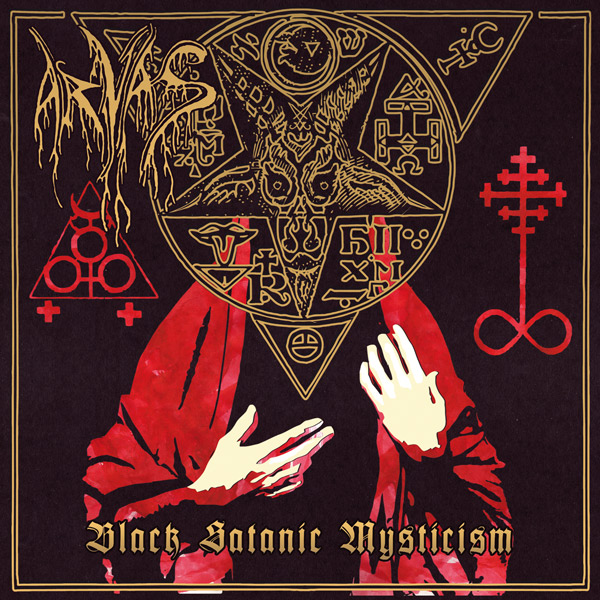 Norwegian Black Metal scene recently missed the contact with the roots and his primeval spontaneity, trapped into personal avant-gardism ambitions, too often missing the focus because of the individualist ego. Arvas are ready to take the banner, involving personalities deeply rooted to the scene since the early ’90, where on ’96 “Nocturno Inferno” was born featuring Grim of Gorgoroth & Ares of Aeternus together with the present mastermind V-Rex .
The thrashy influences are explicitly manifested, the sound proves the culture and attitude of the band in taking the distance from the newcomers. The Norwegian background isn’t clearly overexposed but grows into the guitar lines for a mature and elitist taste.
The Album is produced, mixed and composed by V-Rex, it is mastered by Tom Kvålsvoll at Strype Audio in Oslo.