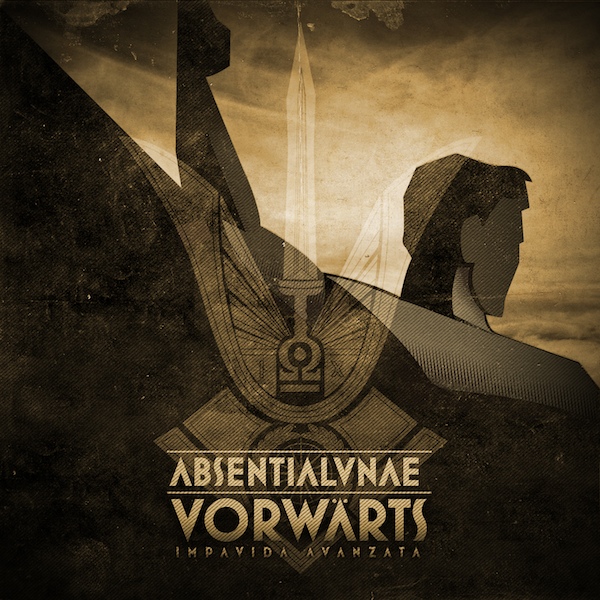 [Cd] Absentia Lunae have been always upfront in crushing the stagnant chaos of black metal to forge a new shape of music that capturing the essence of the most arrogant, elitist martial attitude of the darkest side can become a new manner to influence listener energy.
We need a new border to be crushed, we need the energy to raise the freedom of the inner self, disturbed by the frequencies of what we wrongfully call “modernity”.
“Vorwarts” means forward, never look back, react to the stagnant chaos of the thousand dead voices trying to confuse the inner self.
Absentia Lunae new mission starts where the father of avantgarde black metal failed, without wasting an inch of determination to the artistic goal due to selfindulgence, but looking to the point and to the final target, far beyond the shadow of any minimalist substance.
Some may recall echoes of the Mayhem second era provoking attitude, but there all is forged into the statue that Vorwarts represent, like a picture of fatalism, like a strong wind devouring the sand dunes of transience.

A new kin will raise but will soon take the distance from the human being, transcending the mundane. The most revolutionary artistic movement of past century, the Futurism, raised from Italy becomes today a source of inspiration and reaction to the lack of arrogance and pretension of today’s scene.